These samples are now rather old, but I've left them up as curiosities.

These days, I design... design systems, along with everything else. Therefore I rarely do classic "wireframes" (aka low-fidelity mockups / prototypes) any longer, as I can go straight to high-fidelity prototypes and specs, with design components that mirror those in the code.

These same high-fidelity prototypes are also what I use for internal and external user testing and research.

Low-fidelity wireframes allow too much mental "filling in the blanks", which people don't tend to verbalise when giving feedback. Especially when dealing with workflows on a granular level, a low-fidelity depiction of - say - a search box can be intepreted as working in many different ways... which the current system I'm working within may not support.

Lastly, I've yet to meet, or interview, or do research on anyone who doesn't have an agency development or design background, who actually reads wireframes as they are "meant" to be read. Most users (especially common with remote, unmoderated user testing) will simply complain that the application "looks too plain and could use some colour".

Spartan: Noble Division, Xbox
Wireframes, Campaign Flow & Sitemap
I'm a 'core' gamer, as people like to classify things, so this project was a lot of fun. XBox was aiming to piggy-back on the launch of Halo: Reach to drive Xbox LIVE multiplayer attaches, and it did so - with this wildly successful campaign. See the end result.

Microsoft TechDays
Wireframes
Microsoft was looking for a unified, reusable template for Singapore, Korea, Malaysia, New Zealand, Philippines, and Vietnam. Our template could handle both large and small amounts of content, thus giving each region the flexibility to run custom events.

Cloud Power, Microsoft
Wireframes
This project was interesting for the new approaches and technologies we got to explore, both in front-end coding, and also in all the concepts I had to wrap my head around to write about Cloud. While not all my copy made it through, I am particularly proud of what did - especially my layman's explanation of the Cloud.

Ponds Clear Balance iPad App, Unilever
Wireframes, Copywriting
The first iOS app we ever did at Comwerks! And it was all done in 5 days - much to our client's surprise - and delight!

SuccessMeter, Nokia
Wireframes
This was a case of 'put in everything you think SHOULD be in' sort of client guidance. They ended up going with almost everything we recommended.

Happy Hour, Nokia
Wireframes
Nokia held an Angry Birds 'Tournament' called Happy Hour to showcase the gaming capabilities of its newer phones. I didn't do these wireframes in OmniGraffle (my usual program) and I'm not quite sure why now, but here they are. 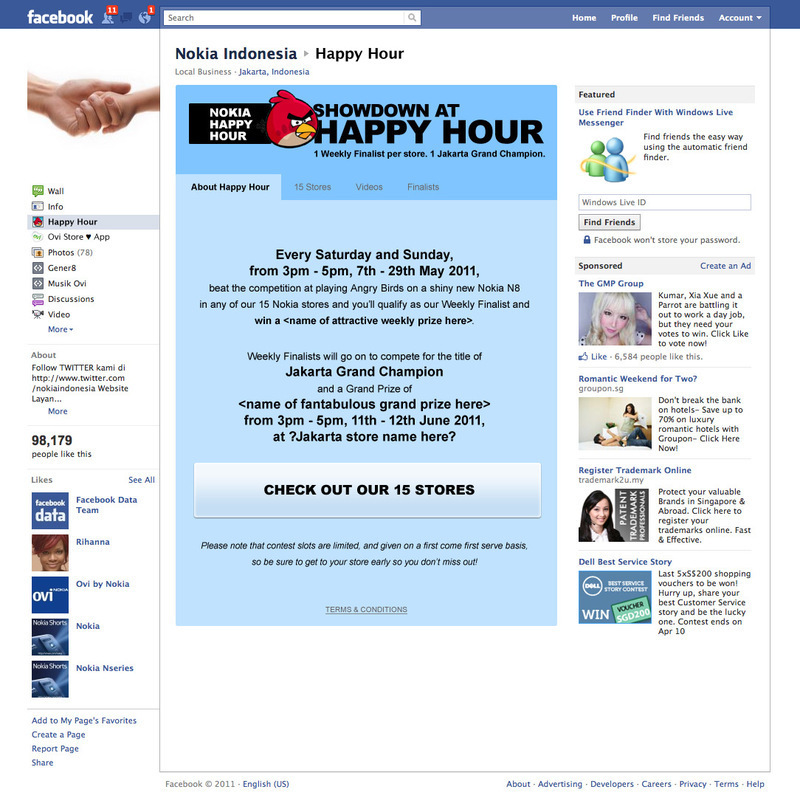